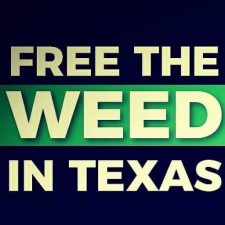 CRYSTAL BEACH, Texas, August 30, 2018 (Newswire.com) - BudTrader.com the largest online cannabis marketplace in the world, with 1.5 million registered users and counting, announced via a Facebook post that they will appear at this weekend's Texas Cannafest 2018. Over 25,000 guests are expected to attend the pro-cannabis rally, taking place this Labor Day Weekend, September 1st and 2nd in Crystal Beach, Texas. Cannafest will also feature twenty different musical acts, comedians, a fireworks and light show and more. BudTrader Brad McLaughlin is 1 of 10 guest speakers scheduled to speak this weekend. Organizers of the event, Cannabis Open Carry Walks (https://420opencarry.com), hope to legalize cannabis in Texas by 2019.

Currently, in Texas, medicinal cannabis is illegal, except for those with severe, specific epileptic conditions. Even those with cancer, PTSD and other conditions for which cannabis has been acknowledged as a therapeutic treatment are excluded under the state’s strict laws. McLaughlin and the organizers of Texas Cannafest hope to change this.

Even though cannabis is legal in half the country, we haven't forgotten about the other half of America living in prohibition states. The battle is far from over. It's barely halftime. BudTrader won't rest until everyone in America has safe access to cannabis.

Kory Watkins, President of Cannabis Open Carry Walks Texas and organizer of Texas Cannafest 2018, said in a statement; “We're excited to have BudTrader’s CEO Brad speak at Texas Cannafest. We’ve heard about BudTraders reputation for aggressively fighting for safe access and legalization in other non-legal states, and we’re glad Brad and his team answered the call to help us out here in Texas! We look forward to a long and prosperous relationship with BudTrader as we fight for cannabis legalization in this state.”

McLaughlin, who lives in California, says he is honored to be able to visit Texas and speak at Texas Cannafest. “Even though cannabis is legal in half the country, we haven’t forgotten about the other half of America - the prohibition states. The battle is far from over. It's halftime. BudTrader won’t rest until everyone has safe access to cannabis, nationwide - especially the sick and our honored veterans. We look forward to working with 420 Open Carry Walks to bring cannabis legalization to the great state of Texas.”

BudTrader.com is the largest online cannabis marketplace. Its platform is available in 29 states where cannabis use is legal, as well as Canada and Puerto Rico. BudTrader allows over one-million users to safely and legally post and reply to classifieds-style ads for cannabis products, services, jobs, equipment and more.