Over 20 Organizations Have Refused BudTrader.com's Huge Christmas Toy Donation Because of Weed Stigma 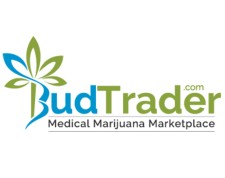 LOS ANGELES, December 14, 2017 (Newswire.com) - The world’s largest cannabis marketplace, BudTrader.com, led a toy drive and rallied the legal cannabis community to their cause in Southern California this holiday season. The only problem with this grand plan is that now that they have collected 96 palates or 1 semi truck full of toys, representatives from BudTrader have been unable to find charitable organizations willing to accept the donation.

In a blog post on the company’s Facebook page (https://www.facebook.com/realbudtrader), BudTrader CEO Brad McLaughlin says he’s proud to be part of an industry that is able to give so much back but is disappointed by the response they have gotten from charities. “We have reached out to a lot of the major charitable organizations, offering to donate toys. The responses have been uniformly dismissive, ranging from flat out ‘No’ to crickets or no response at all.

It breaks my heart this is the negative response we have gotten. The toy drive was about giving and helping kids and presents during Christmas.

“The cannabis community is going to be the greatest thing to happen to the great state of California,” McLaughlin continued. “The tax revenue generated will allow us to erase the deficit and build the world’s best schools and infrastructure. It breaks my heart that this is the negative response we have gotten. The toy drive was about giving and helping kids and presents during Christmas.”

In addition to the over two-thousand toys purchased and donated by BudTrader, McLaughlin says they received generous toy donations from their users and from other legal cannabis companies. “The response from other businesses in the cannabis space, and from the community, has been overwhelming.”

McLaughlin still hopes to find a legitimate charity that will partner with BudTrader this Christmas. “We hope that there is an organization out there that will accept our donation of toys on behalf of the cannabis community of Southern California,” he says. McLaughlin asks any organization in Southern California that is interested in accepting BudTrader.com’s toy drive donation to contact them as soon as possible through their website, https://budtrader.com/contact-us.

The Christmas Toy Drive is not the first charitable event that the leading cannabis tech brand has organized. In May, representatives from BudTrader and volunteers from the cannabis community pitched in to clean up almost 500 pounds of trash from the beaches of San Diego, California, where the BudTrader campus is located. Also, in upcoming months, BudTrader will be executive producing an album called High on Trees with top rap artists Slim 400, YG and Snoop Dogg. A portion of the proceeds from the High on Trees album sales will go to organizations promoting safe access to medicinal cannabis for U.S. military veterans.