Douglas H. Leighton Joins BudTrader.com as an Investor and Advisory Board Member 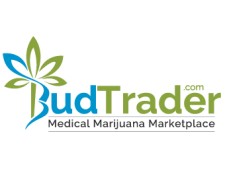 SAN DIEGO, Calif., August 2, 2017 (Newswire.com) - BudTrader.com, the nation's largest online platform for the legal cannabis industry, is pleased to announce that Douglas H. Leighton has joined them as an investor and an advisory board member.

As an investor and member of both ArcView and NCIA, Mr. Leighton brings a wealth of experience to BudTrader.com.

"As an investor and member of both ArcView and NCIA, Mr. Leighton brings a wealth of experience to BudTrader.com. His innovative thinking has helped transform the companies he's been a part of as well as the industry as a whole," said CEO Brad McLaughlin. "We are very excited to have Mr. Leighton on the team and look forward to drawing on his experience and advice to bring BudTrader to the next level."

Douglas H. Leighton joins Grant Koeneke who joined the BudTrader.com Advisory Board in early May of this year. Mr. Koeneke has a background in Strategic and Operational Technology Planning and Development and is one of the leading experts in Emerging Technologies and Enterprise Database Architecture. In addition to his experience as CTO at Weedmaps.com and his new position with BudTrader.com, Mr. Koeneke has served as CTO for Klique Inc., a popular location-based networking app, as well as Director of Engineering at Creative Artists Agency.

Doug is co-founder and a principal partner of Dutchess Capital, a Boston-headquartered global hedge fund, which has managed an investment portfolio of over $2 billion in transactional value. Doug oversees the fund's risk management and facilitates all of the fund's trading on worldwide exchanges. Doug manages deal origination in North America, Europe and Australia and is a member of the firm's Investment Committee. Douglas has founded several companies and has mentored several startups and growth management teams. He has over two decades of experience in equity trading, investment banking, asset management and the skillset to offer advice to startups and growth companies alike. While the funds are industry agnostic, Douglas has been largely focused on the legal marijuana market for over the past two years, initially as an observer while he conducted due diligence for several deals, and now as an active investor and board member for several companies. He also sits on the Company Selection Committee of ArcView, the cannabis angel network as well as a member of the NCIA. Through the Fund and personally, Doug has made numerous investments in ancillary businesses to the cannabis industry, in addition to touching the plant. He is often asked to speak at conferences regarding the business side of the marijuana business. Douglas has held seats on various boards of public and private companies, in addition to serving on the boards of several non-profits.

Described as the "Craigslist of Cannabis," BudTrader.com allows members to post and respond to ads for medical marijuana products and services. The site has grown exponentially in the first half of 2017 and now draws well over 8 million page views per month, with roughly 1,000,000 registered users. CEO Brad McLaughlin has used his new public platform to advocate for safe access to medical marijuana across the country. BudTrader has branded itself as a media powerhouse with the planned launch of BudTrader TV later this summer, featuring original content from a variety of creators in the cannabis industry. Find more information about BudTrader at www.BudTrader.com.